I made this for my friend for Anime Evolution. This is the character we were insired after, Nobel Scarlet from Ah My Goddess. She is the angel for the Goddess Skuld. 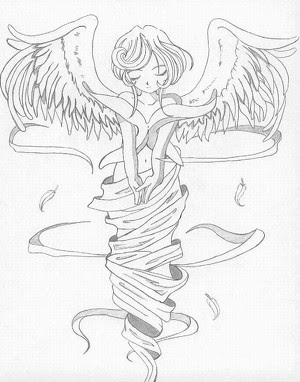 My friend told me that she felt comfortable walking around in a bra. So I took advantage of her. WO HA HA HA

This outfit comes in 4 pieces. 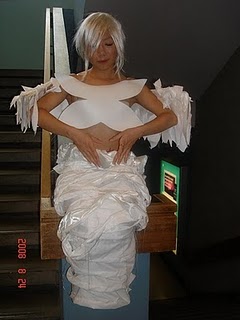 Closer look at the wings 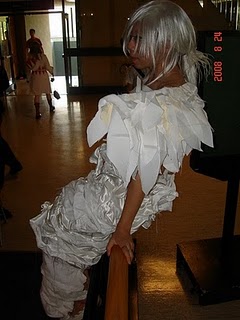