So this cosplay comes from the year that Tsubasa: Reservoir Chronicle has already been out in Manga form for 2 years and was about to release the Anime.   Here is the shitajiki (a board that is placed under paper to create a smooth writing surface) that served as my inspiration. 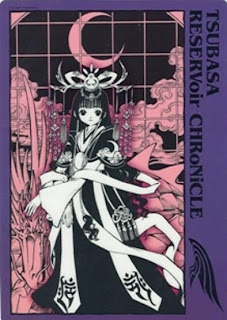 I wanted to do this character because her outfit was so beautiful, but I didn't know what the coloUr schemes where, so I made a 'manga version' of this character 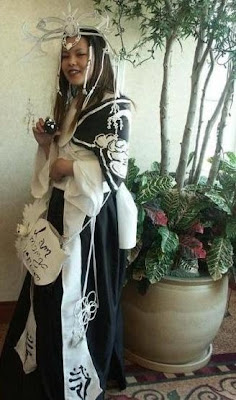 The headpiece looks fancy but I wasn't that hard to make.  I used a thicker stiffer craft foam to cut out the shape.  I bought a toy crown that had a comb in it to wear in my hair and glued it to the face of the crown.  Slip it onto my head and I had this perfect Empress Tomoyo headpiece. 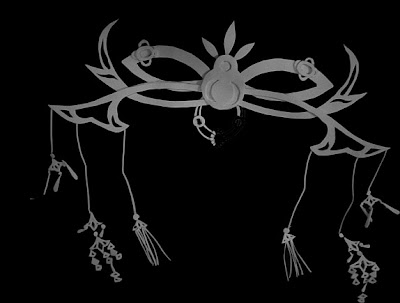 Ok about the HeadPiece.  This costume is suppose to be of ancient China.  I've never seen a headpiece like this  . . . until I watch The Lion Roar (a Hong Kong Comedy) where the Chinese Princess (actress Fan Bing Bing) comes out with a very similar head piece.  So Wow I guess they did really wear these, ok to be picky I thinik I think Clamp did do some minor mistakes, but it's just a manga/cartoon and the artists aren't Chinese.

I couldn't find a good full profile pic of her headgear since this character isn't a main character of the movie, but here's something 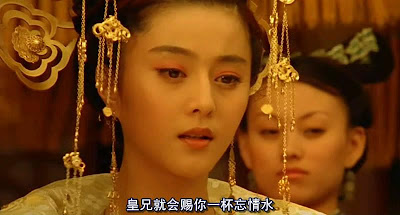 Anyways on to playing with the picture.

Let's turn it black and white 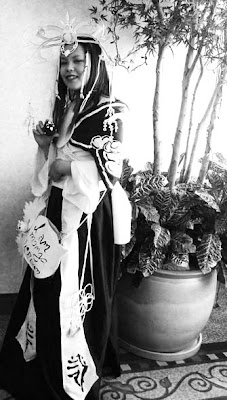 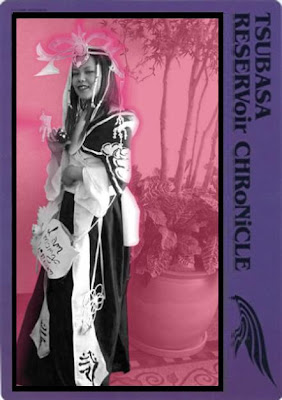 And alter the size of the charater and add a moon. 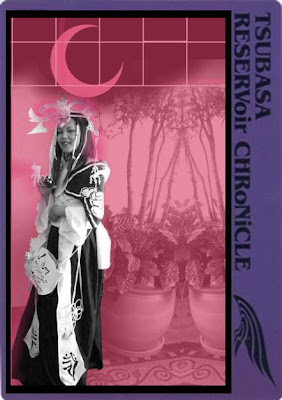 What do you think? Looks similar to the original art.