Like a border on a picture, a sprinkle of sparkles on a fairy wand, the flutter of a dropping feather from flapping wings.  The little touches to a costume just make it all that more convincing that you are that character and not just a fanboy.

I have gone through many characters in which badges were a part of their being.

1) OS-Tan.  Windows Operating System Personas.  Being a Microsoft Employee I know what a MS Badge looks like so I was able to duplicate it and create a MS Badge for the OS Characters.  Being in the town of Microsoft, many employees recognized the badges as I walked past.  Even if they didn't know what character I was, they knew I had something to do with Microsoft. 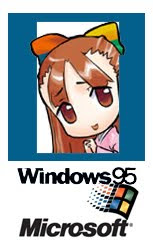 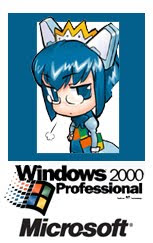 2) Misato Katsuragi from Evangelion, I create a Nerv Badge for her to use to go in and out of the Command Center.  This design was pulled right out of the manga. 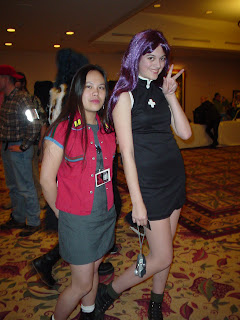 3) Harley Quinn in the Batman Arklam Asylum Video Game.  She steals the credentials from one of the employees so she can gain access into the Asylum. 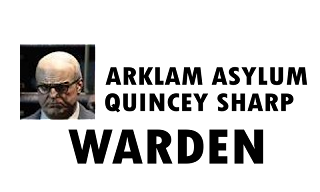 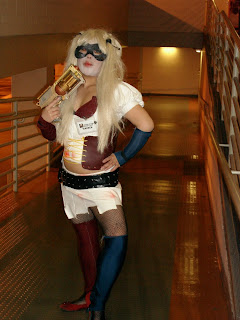 Posted by SmallRiniLady at 9:25 AM