So for those who have seen me cosplay before will notice I like to cosplay from RozenMaiden, and often known as the "girl with the box".  Basically I'm a victorian doll and I sleep in my doll case.  Through the years I have made several Rozen Maiden outfits (different characters from the anime).

This year was time for me to do Hinaichigo.  I dont really like her character because she's that annoying toddler who acts like a total brat.  Oddly this was one of the funnest to do.  Besides sitting in in the brief case like I had done in many years prior. 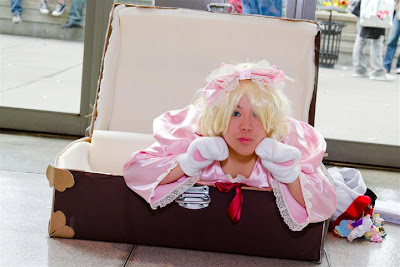 I put on cat ears and paws.  I'm not a Neko, but Hina is cosplaying a Neko (emphasis on that the doll is cosplaying but making the paws obviously gloves).  This is because there is a popular episode in which she dresses up as a Neko. 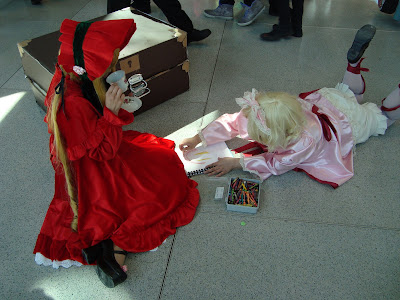 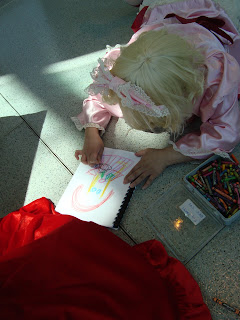 Also Hina, being a toddler likes to draw, although she doesn't well.  So I grabbed a box of crayons and drew pictures for people.  I made sure to make the pictures as childlike as possible.  Here I met a Shinku, so I drew a picture for her while she drank her tea. 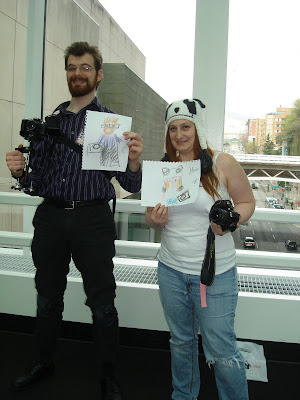 Here's another picture I drew for some photographers.
Posted by SmallRiniLady at 8:50 AM