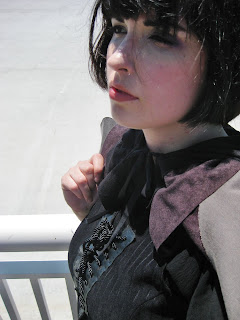 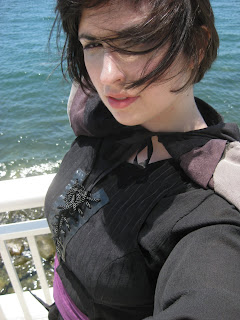 This is Vin from the Mistborn Trilogy of novels by Brandon Sanderson. She has magic powers, wears a mistcloak and leaps through the air weilding glass daggers. 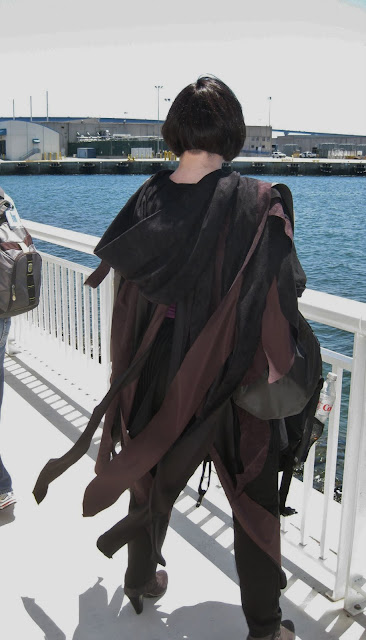 Her iconic costume include a "mistcloak" which is a hooded cloak that is created from many strips of fabric sewn together at the top across the shoulders. When it blows in the wind it is like tendrils of mist. The world Vin is from is plagued by mysterious, thick mist which come out at night. 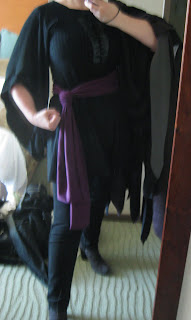 Here's a quick snapshot of the outfit underneath the cloak. I based it on the outfit Vin is wearing on the cover of the second Mistborn novel, The Well of Ascension. 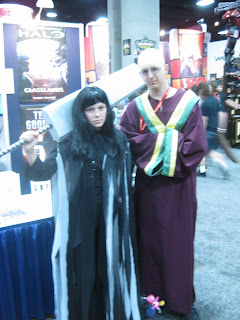 Check it out, I found another Mistborn at Comic-Con! I dig her giant koloss sword. I think I need to make my own. 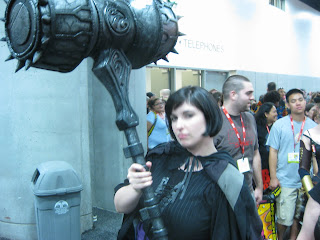 I tried to steal a giant warhammer from a guy I found the same day at the con but he only let me borrow it for a quick (blurry) pic. Apparently this was made by some guys in Canada who make awesome LARP weapons.

BTW, I got a picture of myself with Brandon Sanderson! More on that next week.
Posted by Avalyn at 9:00 AM