[Staff of Infinite Mysteries] Part 2: let there be LIGHT 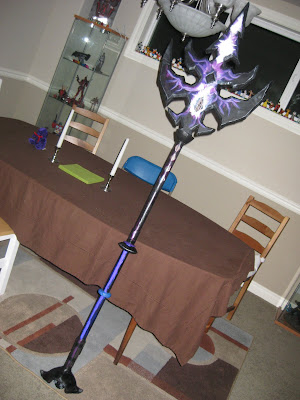 After I built the staff I needed to make it awesome.

So I bought a lightsaber and took it apart. 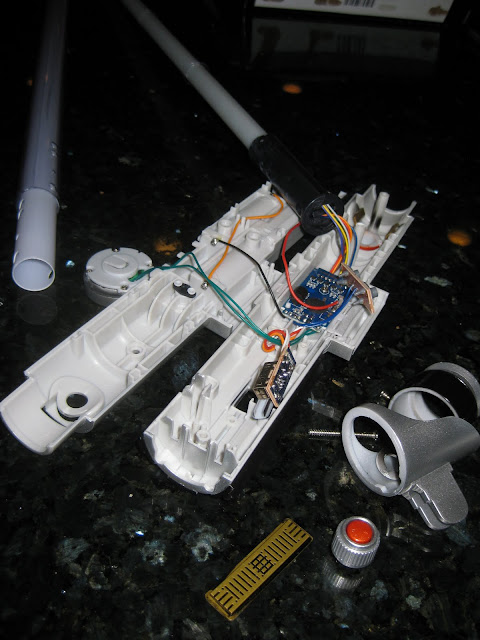 I haven't messed with wires and batteries since the third grade, so I enlisted my husband's help. He's a smart dude. He let me do the shopping part. I bought some wire, a soldering iron and flux and electrical tape. Then we proceeded to take out the sound effect piece (don't need my magical staff sounding like a lightsaber!) and moved parts around so that I would be able to shove the thing into my staff. 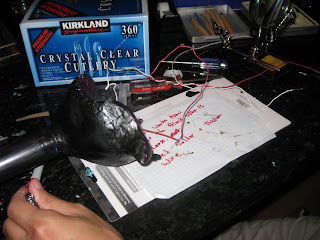 Ignore the Costco cutlery, that was left on the counter from a BBQ the weekend before. 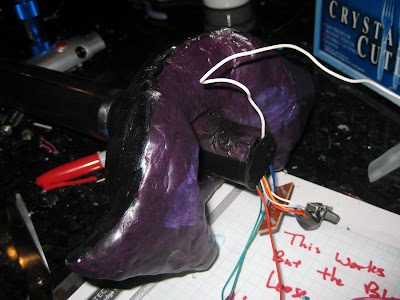 All of those pieces went inside of the tube except for the switches and battery wires. 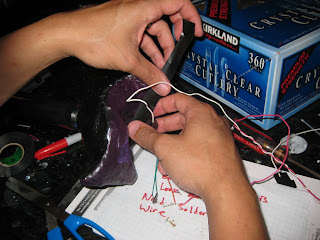 Everything got secured with black electrical tape.

After getting all of the components secured inside the butt of the staff, I had two long wires that needed to be hooked up to batteries. We determined the best way to do this and allow for changing batteries in the middle of the day would be if we used the battery pack from the lightsaber and just strap it onto the side of the bottom of the staff (remember that handy metal pipe I had down there? Perfect place to strap a battery back to). 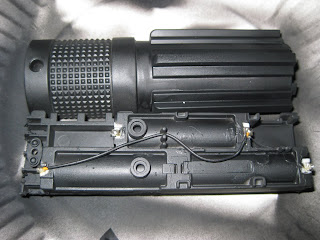 So the next step was to Dremel off the excess bits on the battery pack so it looks less like a lightsaber, then spray paint it black. I made sure to put tape over the connections so those wouldn't get sprayed. 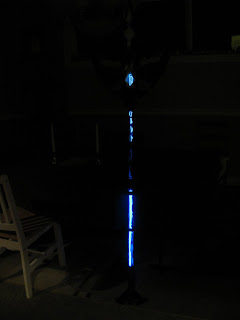 The lightsaber only lit the bottom half, so for the top half I used EL wire. 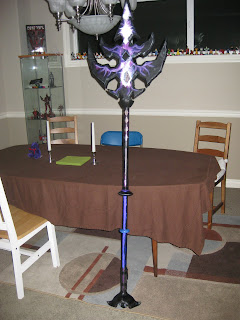 I think this might be the coolest thing I have made yet. I remember farming Karazhan for this staff night after night on my poor little level 70 undead priest. 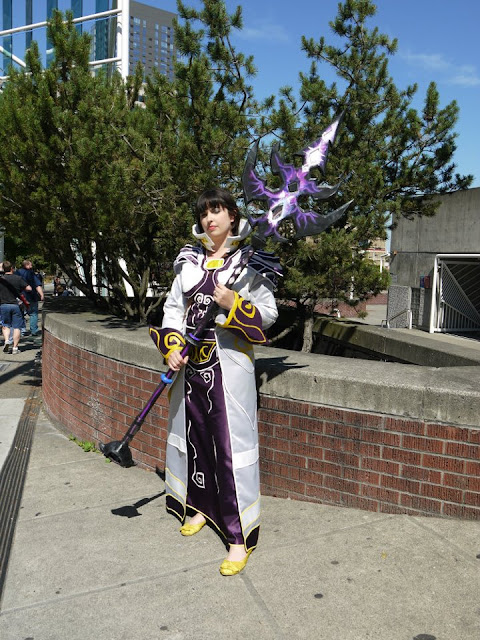 << GO BACK TO PART 1 on CONSTRUCTING THE STAFF
Posted by Avalyn at 9:00 AM