The first annual Geek Girl Con help in Seattle was an awesome success. Doors opening for Saturday and Sunday and selling out tickets within two hours each day.

SmallRiniLady and Ava got involved and has a panel to talk about "Costume Crafts and Cosplay". So much material we will devote a week to it later this year to cover the material we presented.

SmallRiniLady also held a booth in Artist Alley selling lots of her cosplay and hair accessories. From there she got to see all sorts of Geeky Girls and many of their geeky male supporters (suprisingly a lot of them attended, which is always awesome). 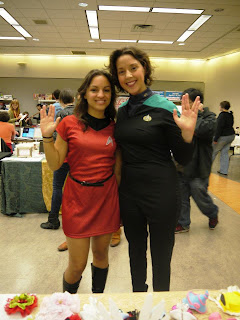 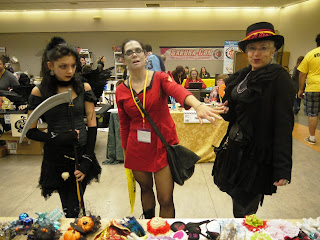 Video Games, her bag is knit! 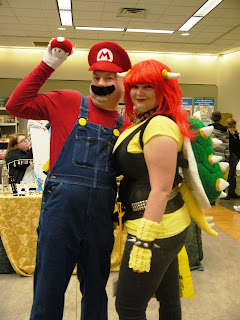 Even some of the plushies get to be cosplayed 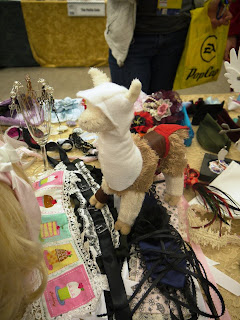 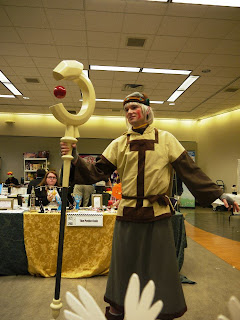 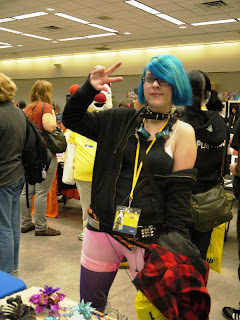 Ok this is apparently the first female super hero 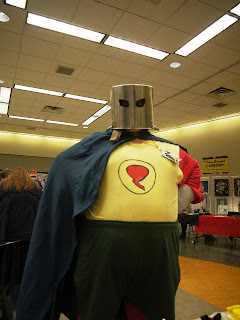 Ok . . . so this green arrow is the version from the SmallVille TV series 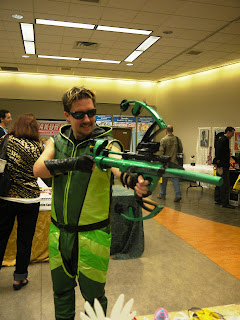 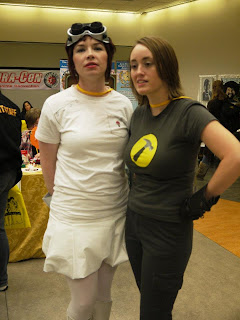 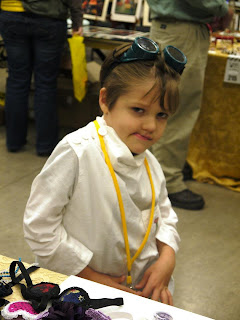 So was Dr Who, but I didn't catch any one in a Tardis outfit though I heard that there was one wandering around.

The closing ceremonies for the convention was a Sing-A-Long Labyrinth (1986 Henson) showing. Which ment the Jarad Cosplayers and multiple puppet making Panels 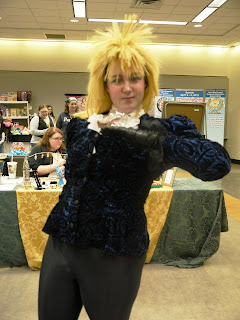 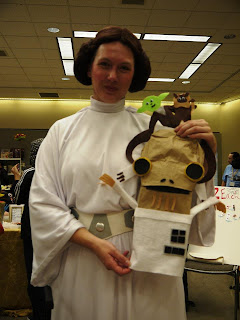 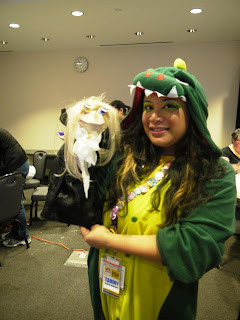 This is SmallRiniLady's little Sock Puppet, he was manning her booth for a while, brough in some customers while scarring away others. 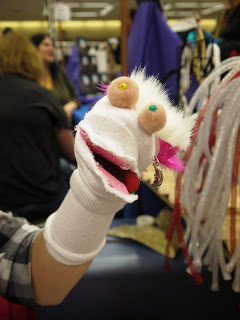 So not everyone has to dress up in cosplay, but just dress up.  This family has a fun story.  They tried to make little tricorn hats.  So they kinda screwed up but ended up with fortune cookies instead.  Still makes a fun hat. 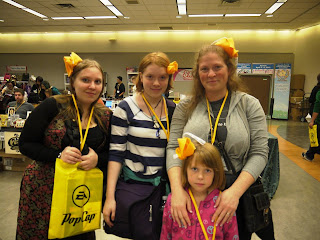 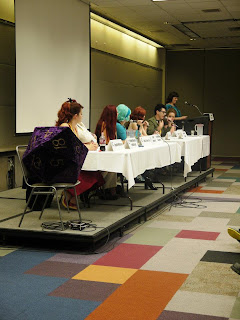 Posted by SmallRiniLady at 8:47 AM