I got an email asking if I could make this hat from the new show on ABC called  Pan Am, about the Airline stewardess of the 1960's for the Pan Am company.  For those who don't know I also own an Esty shop http://ThreeLace.Etsy.Com which is basically the Ebay of Hand made Art/Crafts/Stuff. 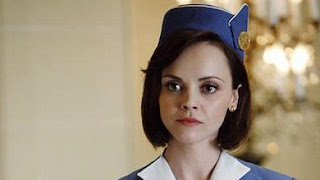 Here's a picture of actress Christina Ricci wearing the lovely hat.  The Etsy requester provided this image as a reference. 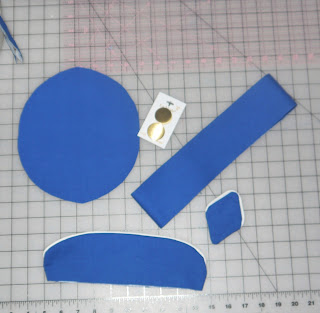 On to making the hat.  I decided to make it a Pill Box style.  I watched the pilot episode and I noticed the back of the hat is curved down like a er um, i dunno, let's just say it's not pill box style.  But I think that a Pill Box style is easier to do and still gets the same front look.

Circle for the pill box top, long strip for the pill box side. Diamond and a gold button for the fancy design on the side.  And the from I made a extra flap so that the front panel goes higher than the top surface (what's what i noticed on the show).﻿ 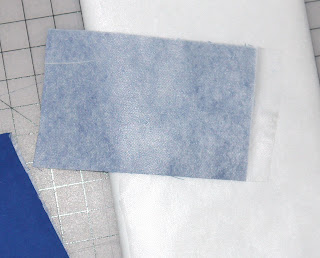 Although I picked a thicker fabric the structural integrity can always be improved.  I used Iron-On Interfacing to stiffen ﻿ 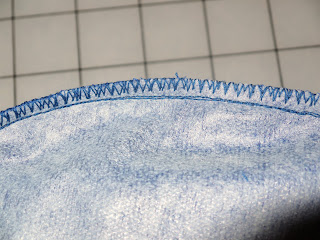 I dont have a serger, so instead i used that zigzag stitch to fake a serge.  Um as you can see I dont know the technical terms, does it show that I'm self taught?﻿ 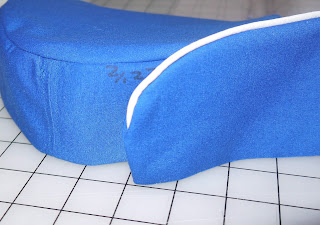 Like I mentioned before, the front panel is higher than the top of the hat.  I also use it to hide the connecting stitches for the rim and the numbers I wrote (whoops it was suppose to be on the inside). 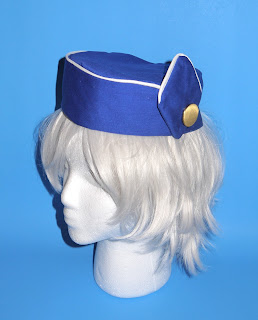 Using fabric glue I glued the front panel (even though sewn) so that it stays put and uses the fabric glue also to adhere the diamond to the side.  Sure I can do this by hand stitching, but the shortcut gets the same results in less man hours.
Posted by SmallRiniLady at 9:03 AM