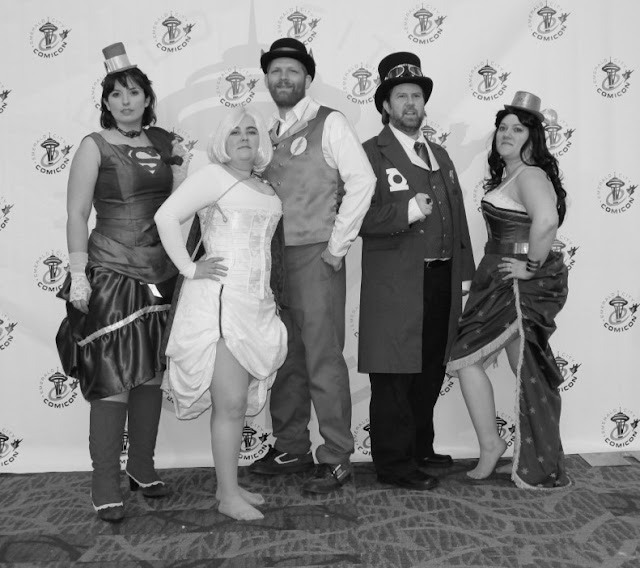 In the year of 2012, thousands gathered at Ye Old Washington State Convention Center to partake in the annual event dubbed the "Emerald City Comic Con".

>> View all photos in an album 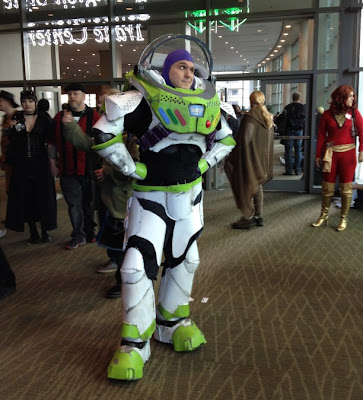 Wait, what century is this? 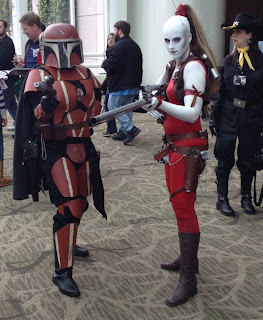 A long time ago in a galaxy far, far away? 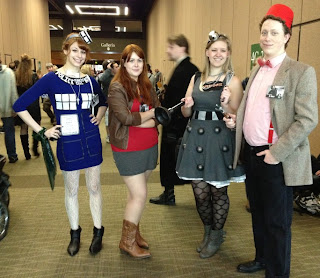 A case of mistaken identity or just two poor men who lost their parents? 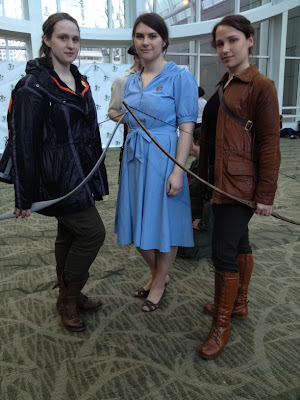 Another case of the multiples... there is some debate over what to call this: Katnisses or Katni? 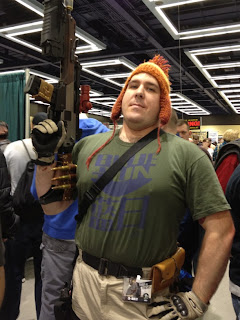 Well, it doesn't get cuter than this... 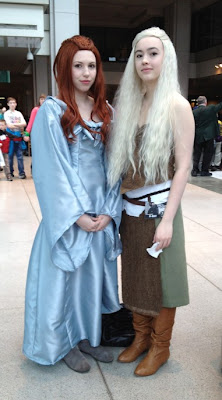 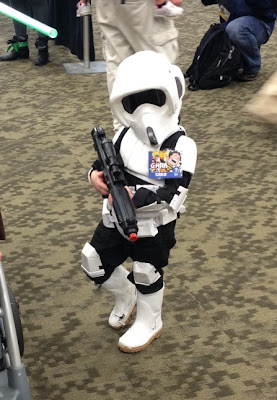 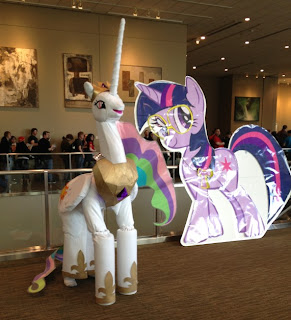 Or more uncomfortable than this. 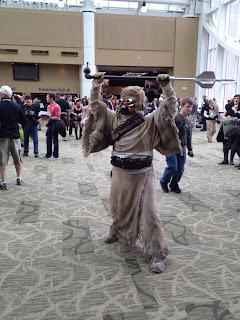 This is the part where the Tusken Raiders took over the sky bridge. 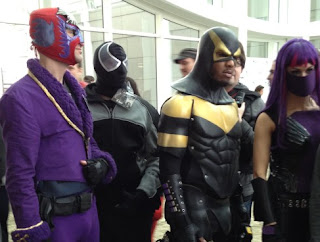 Phoenix Jones and the Real Life Superheroes had to get involved. 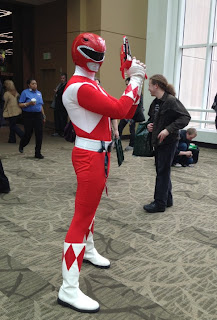 And the Red Power Ranger. 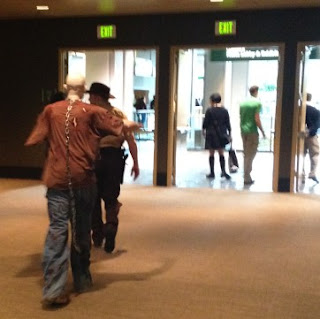 Rick almost got eaten by a zombie. 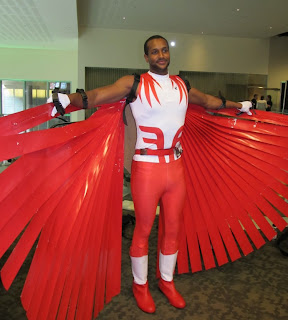 This guy swooped in to make an appearance. (his wings are made of painted blinds!) 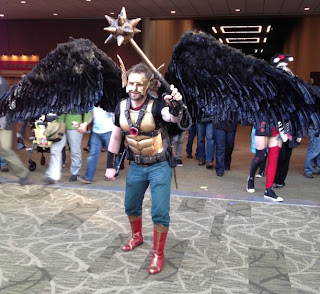 Followed by this guy. (his wings open and close!) 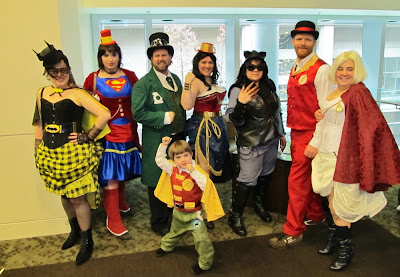 Then the Steampunk Justice League (and villains) saved the day! ... 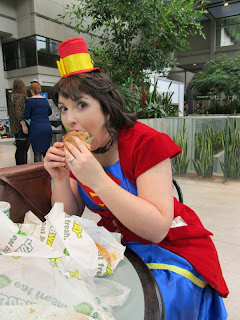 ...after I finished my sandwich. (ah, Subway, the (un)official food of ECCC and PAX).