I"M SOOO SORRY for those who I promised to blog about this ages ago.

In Summer 2011 I did my first show.  Mini Comi was a one day event where artist could get together to sell their anime related work at Univeristy of British Columbia in Vancouver, a mimic of Comiket in Tokyo Japan 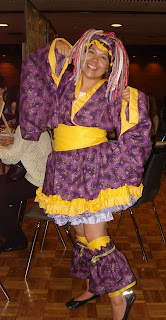 I wanted to make a Wai Lolita outfit, which is a cross between a Lolita and Kimono.  Of course my hair is crazy covered with a Lolita Headband and Cyberloxs as I was displaying the work I was sell. 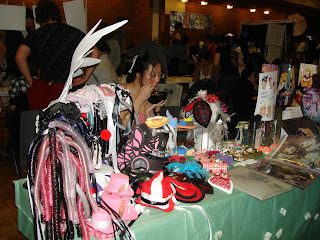 Me, Hannah (Myth), and Evelyn Wong set up a booth together and called ourselfves the "Sample Wives"  Just a random name that we thought was rather funny 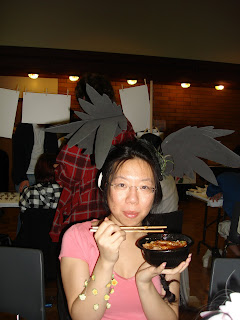 Here's Hannah wearing some of her wings she was selling and eating a rice bowl for lunch. 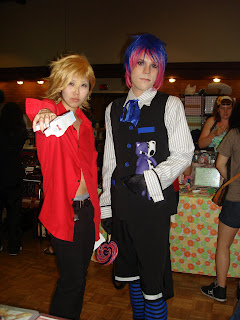 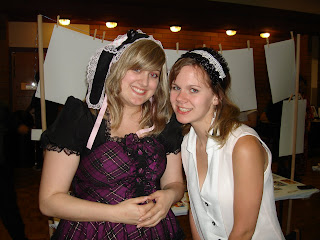 These two girls were holding the booth behind us.  They bought lolita headdresses from me. 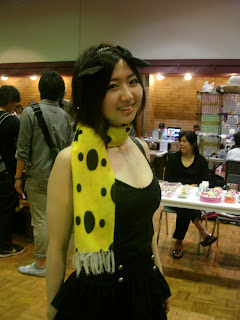 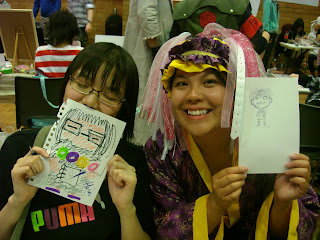 Did an art trade with the girl in the booth next to me.  We were both bored and it's a fun way to make a new friend.  I drew her a picture with my Hina style.  She had trouble drawing my hair cause it had too much stuff in it 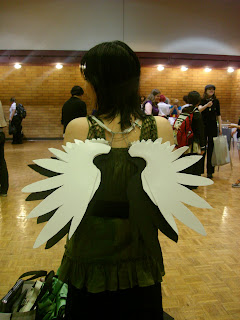 Evelyn is wearing two pairs of Hannahs wings and they fell down.  But I thought it actually looks like a cool fallen angel look.
Posted by SmallRiniLady at 10:37 AM