In previous years the musical Wicked came to Seattle and both me and a friend Belinda fell in love with the broadway show.  So this year we decided to cosplay it.

Thought I would share some of those with you.  Photos by John Chuang except those that are photographs of John 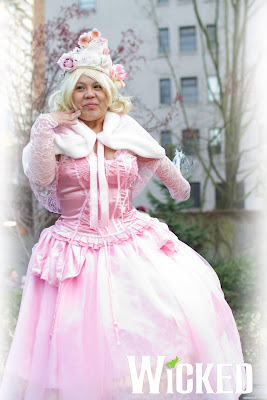 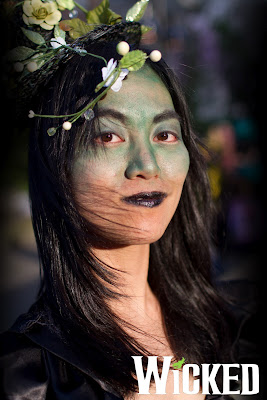 Trying to do some fancy Poster work 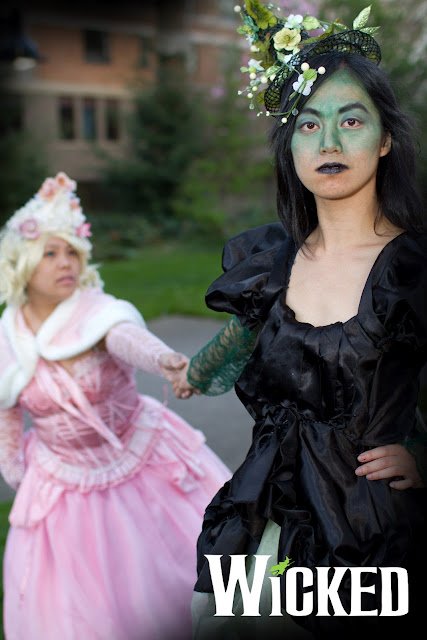 Monkey's are here.  Steampunk Style!  That's cause the girl who set up those costumes thought we were doing steampunk style and had never watched wicked. 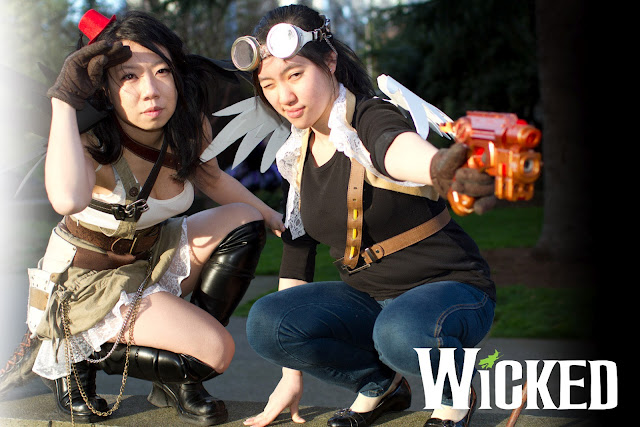 Of course some humour shot, Monkey is trying to attack, while Wicked witch has to pull monkey back 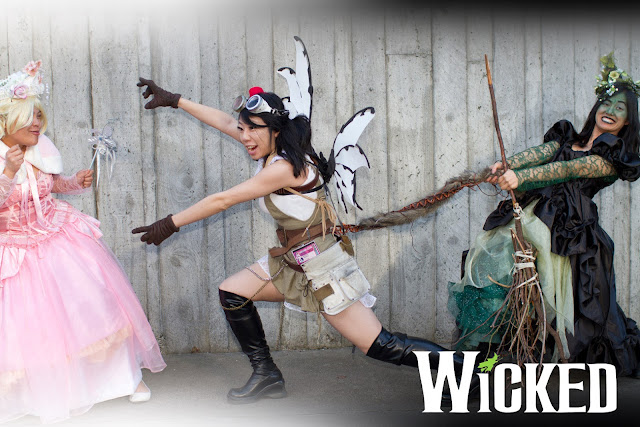 Another Humour shot of Monkey See, Monkey Do. 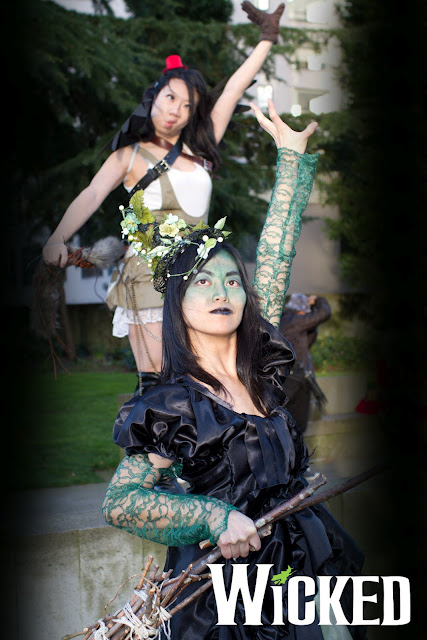 And some behind the scenes shot.  We ended up using our photographer as a coat hanger.  And our monkey is cold. Plus ninja dude in the background hiding out. 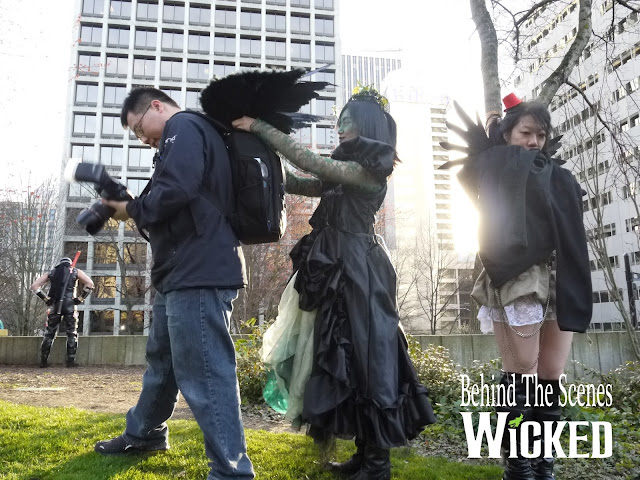 Check out the rest of the photos on SmallRiniLady's Facebook Page (direct link to album)
Posted by SmallRiniLady at 7:00 AM