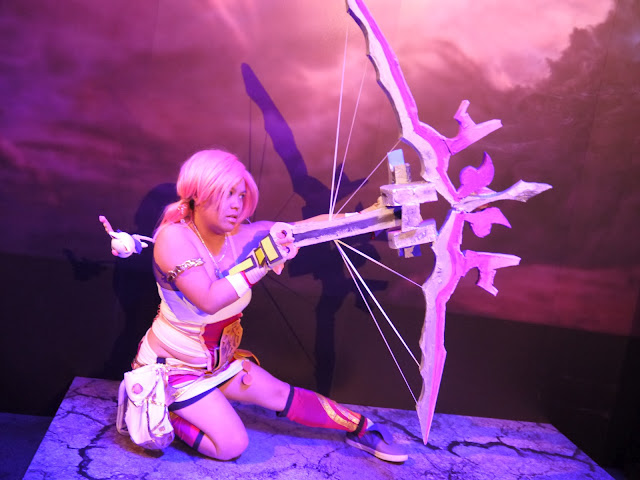 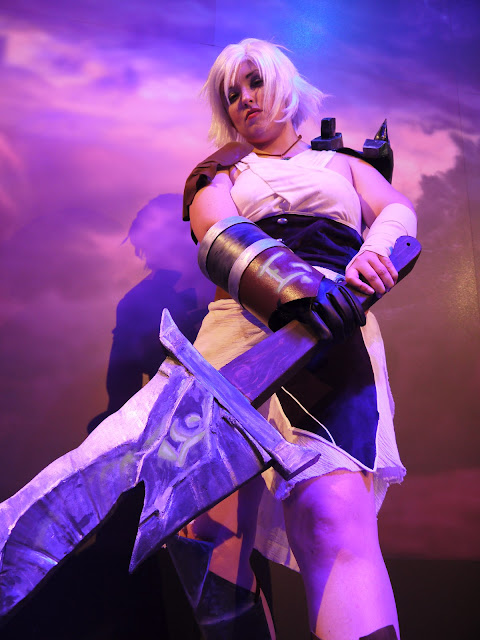 Serah from Final Fantasy XIII-2 and Riven from League of Legends.  We found a great backdrop and the crowds were missing so we took advantage of getting of a few good shots.

League of Legends tournaments were a big deal at PAX this year.  The grand prize is $150,000.  That's a lot.  They had live commentators, and crowds so big they were sitting on the floor.  It was like the superbowl! 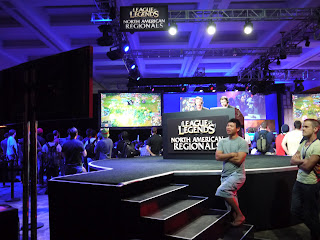 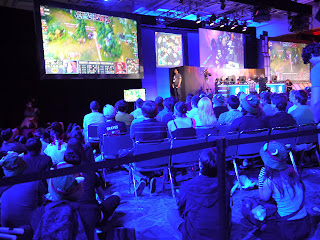 The set up at the different game company booths were quite different but very flashy. 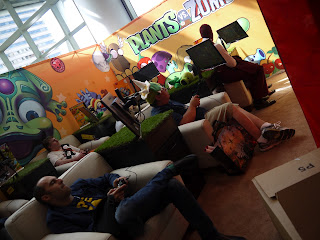 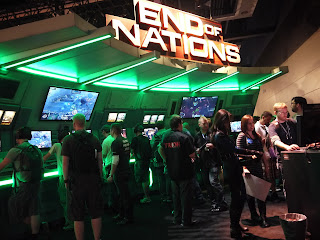 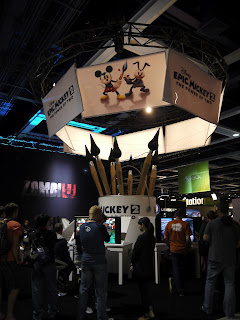 Cosplay is a growing thing at PAX and some people were very creative with their characters. 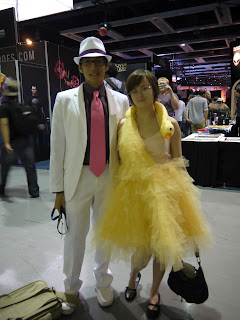 Moogle and Chocobo from Final Fantasy 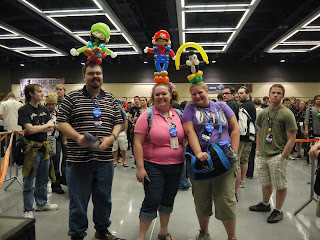 Can you see who is on their head? 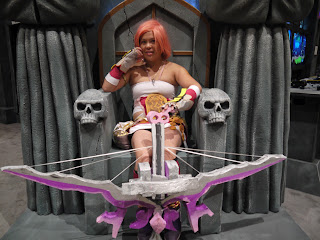 Sacred 3 had a cool setup, so I decided to take a little creepy photo with the throne. 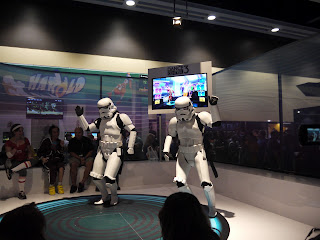 The Storm Troopers are getting down with Dance Central 3 before it is released. 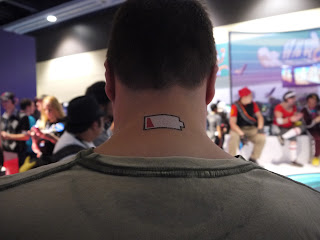 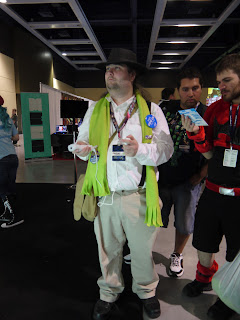 The Pokemon tournament is a cool idea, where 8 Pokemon Gym Leaders are walking around the con, and you can challenge them at any time with a White/Black Pokemon game.   You can spot them with their green scarves. 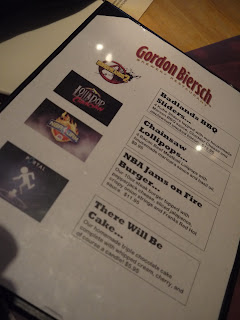 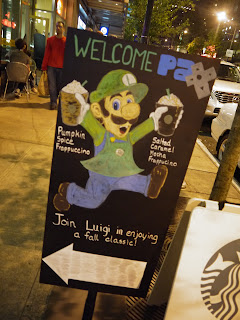 Even some of the local eateries were using gaming topics to encourage people to come by
Posted by SmallRiniLady at 10:46 PM