Geek Girl Con 2012 was last weekend and we were there! SmallRiniLady had a booth and I (Avalyn) went for moral support and because I can't pass up an excellent cosplay opportunity. 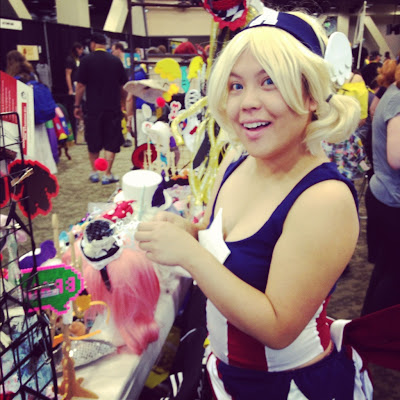 SmallRiniLady debuted her new Captain America crossplay outfit, which was SUPER ADORABLE. I love the the winged headband!

This was our second year at Geek Girl Con (last year was the first year for the con!) and we were up for our Intro to Costume Craft and Cosplay panel again. This year we actually got through all 54 slides with 5 minutes to spare (54 slides because who doesn't want to see lots of cosplay pictures???). 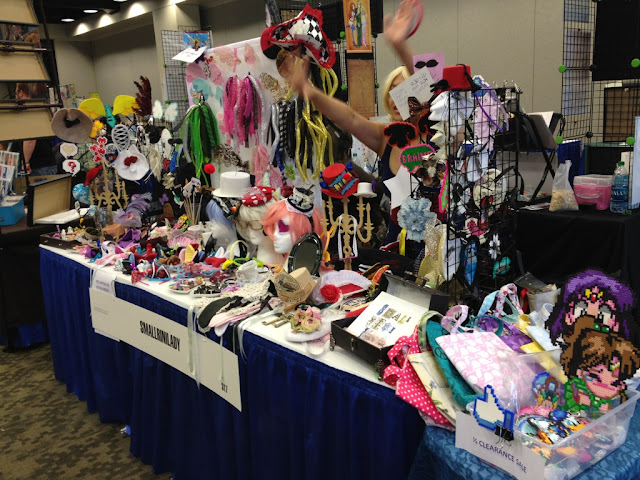 There was never a dull moment at the SmallRiniLady booth!

I attended several panels, including Art as a Business Online, Steampunk Sewing (focused on corsets and bustles), and LEDs in Fabric.

Somehow, I found time for lunch.

On Sunday I found a really great Codex! She even did her best to follow the online video tutorial on making the staff, it was very well done. 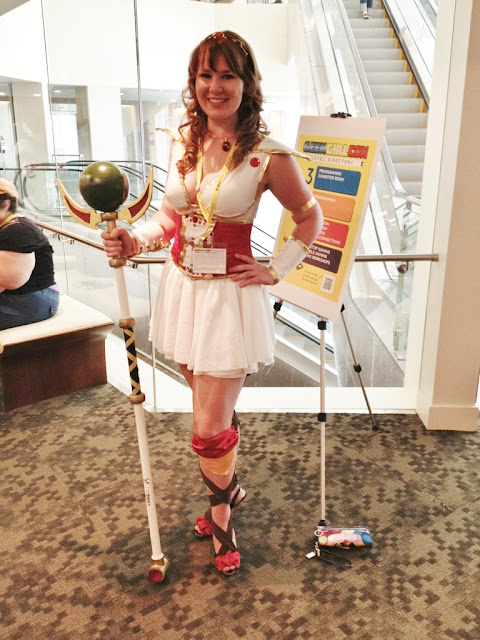 The weather was super warm and sunny. Since I was wearing costumes all weekend and riding the bus to and from the convention I was very happy not to see rain. Rain and foam weapons do not go well together.


Of course I found something I had to buy upstairs in the dealer hall. TARDIS earrings!

That's all of my Geek Girl Con pictures. Cup of tea, anyone? 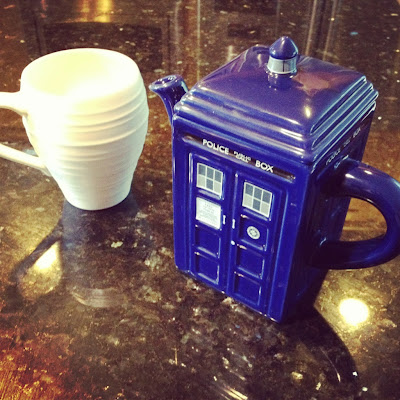