I decided to split up cosplay pictures into a separate blog posting since there were so many amazing outfits. 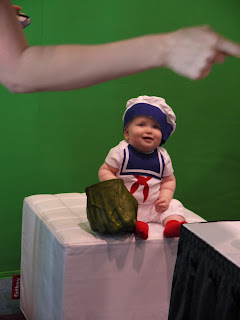 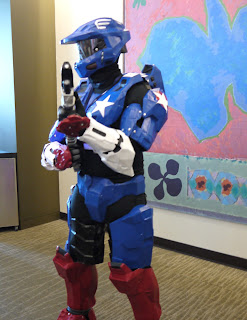 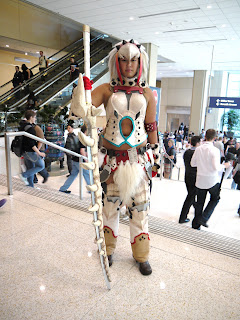 Loving the ColoUrs
We've seen this girl before on the blog.  She was at SakuraCon with her Steampunk Mario Cosplay group.  But this time she has continued to enhance her outfit even more that I fell it love with it all over again. 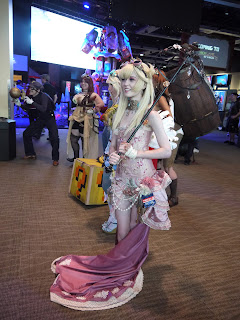 The added a Donkey Kong this con to the Steampunk Mario group, and I thought his poses were accurate and hilarious. 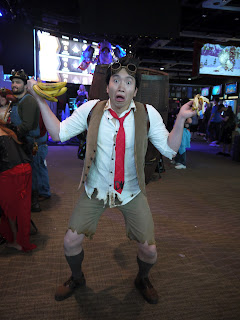 This Wii and Xbox 360 couple was so cute.  I laughed when I noticed the Xbox was a white girl, and the Wii was an Asian girl.  Don't think they did it on purpose though. 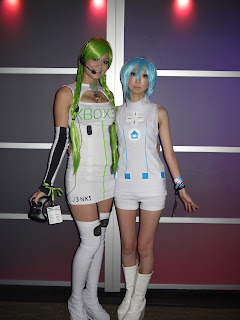 Love this guy for the way he did the makeup for his scars.  Need to study and practice this style. 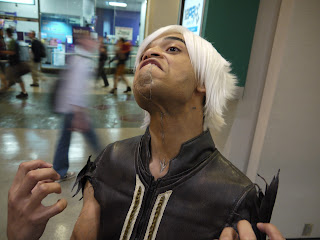 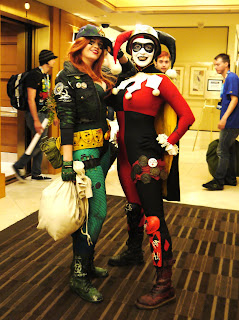 Guardians Of Middle-Earth booth was giving out Gandalf hats.  I didn't want one since it would clash with my outfit, but the guy was very insistent.  I must admit, I do look pretty cute as a witch. 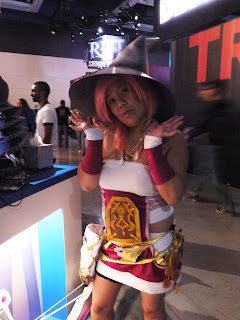 You can check out more of SmallRiniLady's PAX pictures on Facebook

Posted by SmallRiniLady at 7:00 AM