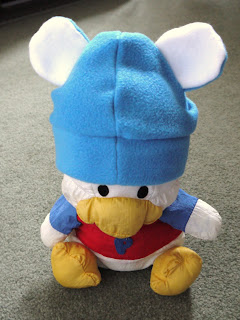 I noticed a few years ago that this plushie's (Peckle) head was about the same size as a baby. Because of that, I've been using this plushie as a measuring device when making hats for babies. You'd be suprised how easy it is to make a fleece hat. 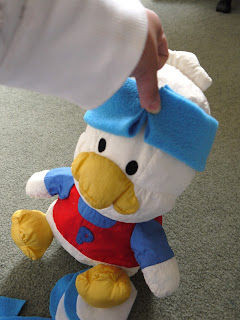 Measure long strip of the circumference of the head. 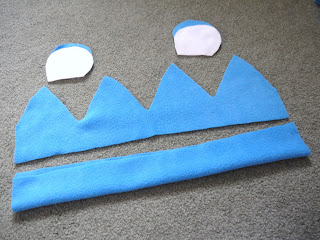 The bottom strip is folded in half to give a clean band to the bottom of the hat.  Then the middle piece should be the distance of the top edge of the bottom strip to the middle top point of the head.  Cut some triangle notches into the top, so you can create a curved head. 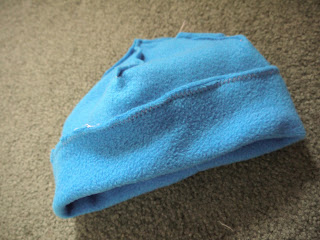 Here's a photo of the hat inside out to show you the sew lines.
Sewing the triangle sides with the one next to it, if you cut them spaced out evenly, the middle point will come in on it's own.  Of course slip in the ears as you sew the triangles up.


Posted by SmallRiniLady at 7:00 AM