There year there were some amazingly creative outfits.  So here I'd like to showcase a few. 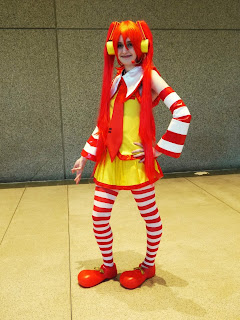 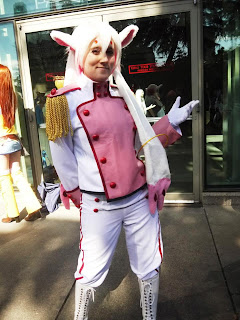 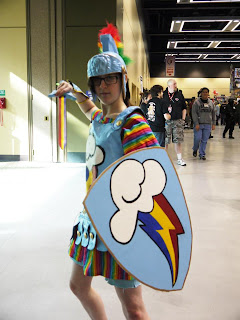 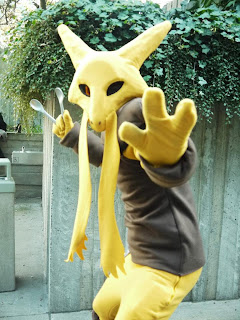 This guy was just freaking accurate when modeling the face piece.  Just impressed ... Kadabra from Pokemon 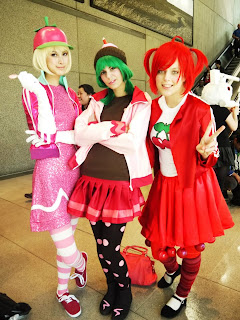 Snooty girls from Wreck it Ralph.  I just like the pink hat,  It just impressed me that it was so correct. 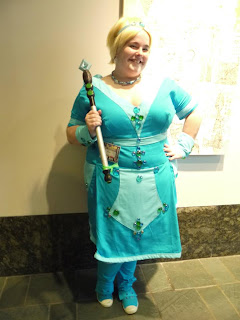 Super geeky me just stood there shocked when i saw here, side character's avatar from The Guild.  Very well done 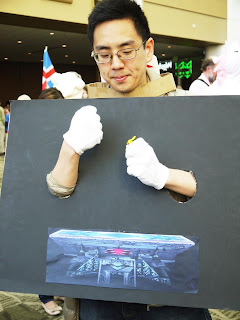 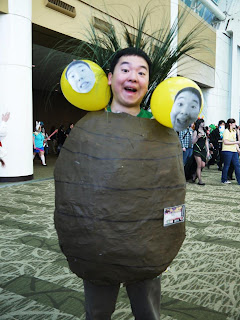 This get lots of points for humour.  Exeggutor from Pokemon.  With the most funny/stupid faces.  Cracks me up 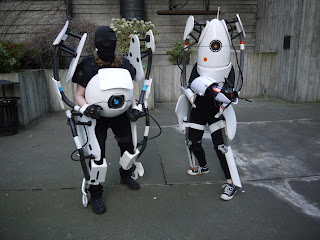 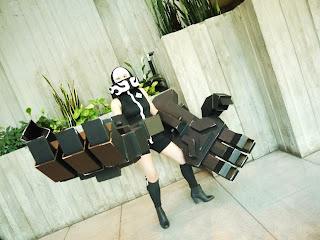 Impressive that this girl make these giant hands and could lift them. 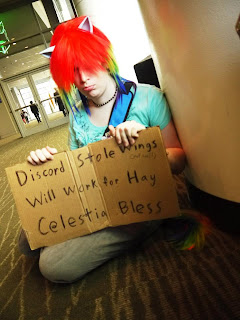 Celestia Bless.  This got lots of attention 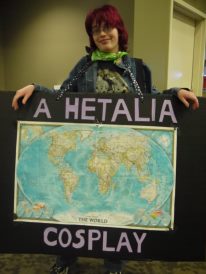 Hmmm, a map of a single country would have been more accurate, but it was still a great idea.  For those who dont know Hetalia is a anime in which each nation of the world is personified into a human, and the characters play out real historical events as if they were interactions and conflicts between friends.


Posted by SmallRiniLady at 6:01 PM